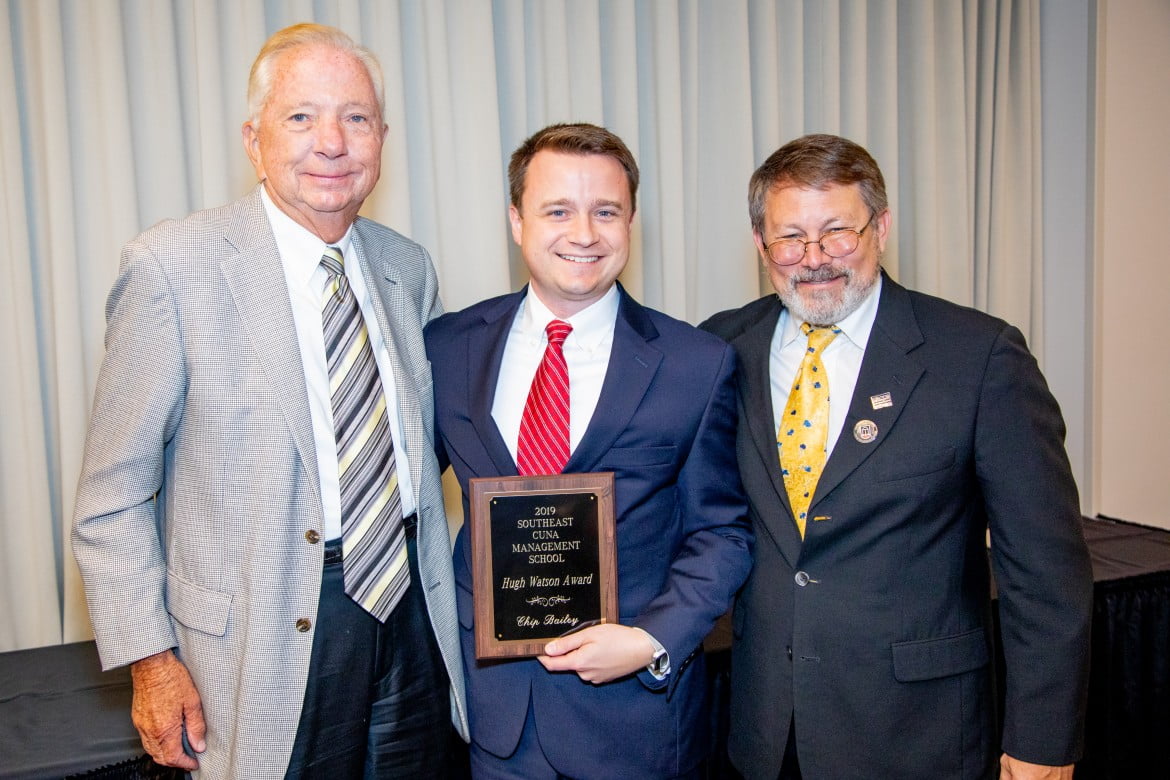 June 20, 2019— The Southeast Regional Credit Union Schools (SRCUS) organization is pleased to announce that Chip Bailey has been awarded the 2019 Hugh Watson award at this year’s session of the Southeast CUNA Management School. Selected by vote of his classmates, Chip has made exceptional contributions to the class as a whole over the three years of SRCUS and demonstrated outstanding leadership skills.

Chip Bailey began his career in the credit union industry more than 13 years ago at Coastal Credit Union (Raleigh, NC) where he still serves members as a Senior Business Analyst in Digital Banking. Upon receipt of the award, Bailey expressed his gratitude for those who have helped him along his path. “The time and dedication of many like Hugh Watson, the SRCUS Board, SRCUS instructors, Southeast Credit Union Leagues, Coastal Credit Union, and the SRCUS Class of 2019 made this possible. SRCUS combines classroom education, annual projects, and lifelong professional connections to create an experience that is unrivaled. The knowledge gained at SRCUS has given me a greater understanding of my credit union, the credit union industry, and management. This wisdom has equipped me for the future as I continue my credit union career.”

Five years ago, SRCUS instituted the “Hugh Watson Award” to recognize an outstanding third year student and to honor the retirement of Hugh Watson from SRCUS. Watson joined the SRCUS faculty in 1971 and during his tenure, he taught in all 3 years, served as academic coordinator and facilitated the 3rd year simulation for 43 years. Upon his retirement from SRCUS, the Hugh Watson Award was instituted to honor the 3rd year student whose service to SRCUS has been closest to that exemplified by Dr. Hugh Watson.